What is an extinct volcano?

Extinct volcanoes are those which scientists consider unlikely to erupt again. A volcano which has not erupted in the past 10,000 years is extinct. The extinct volcano no longer has a lava supply. An extinct volcano is no longer near an active geologic hot spot. Whether a volcano is truly extinct is often difficult to determine. A caldera that has not produced an eruption in tens of thousands of years is likely to be considered inactive. 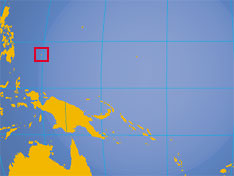 Kyushu-Palau Ridge in the Philippine Sea
Kyushu-Palau Ridge is an ocean floor feature of the Philippine Sea. It is names after the near by islands. At the north end of the Japanese island of Kyushu and at the southern end is the Pacific island nation of Palau.The seabed ridges begin in an area about 900 km from the eastern end of the Bungo Channel or the Bungo strait between the Japanese islands of Kyushu and Shikoku. The ridge creates a line  on the ocean floor which runs southeast in the direction of the island of Palau. There is a chain of extinct volcanoes along this line. 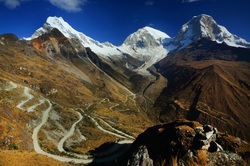 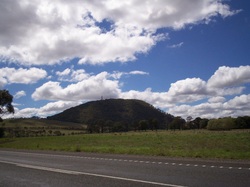 Mount Buninyong in Australia:
Mount Buninyong is large extinct volcano 15 kilometers south east of Ballarat Victoria, Australia. The 745 meter volcano is on the Western Victorian Volcanic Plains.
The scoria cone of the volcano is more than 200 meters higher than the land around it which makes it one of biggest scoria volcanoes in Victoria. It has a deep central crater. The volcano erupted several times, and during one eruption the west side of the volcano was breached. In later eruptions the lava flowed through this gap in the side. It is possible that the breach was actually another crater.